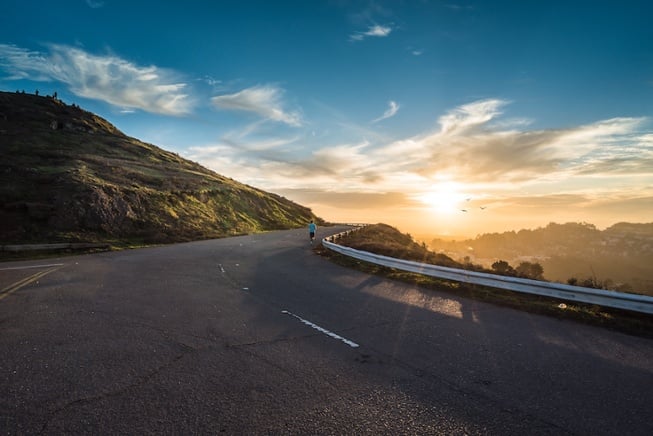 Hi guys, Phil McGilvray here from Grandma’s Jars. Thank you for joining us. We’re up to tutorial nine in our ten part tutorial series – our Top Ten Tips for Paying Off Debt. Now I am really excited about bringing you today’s tutorial because it’s putting the nuts and bolts together to build a road map to debt elimination and I love doing these because it gives people a vision of what’s possible, what they can achieve.

A Visual of a Real Debt Elimination Road Map 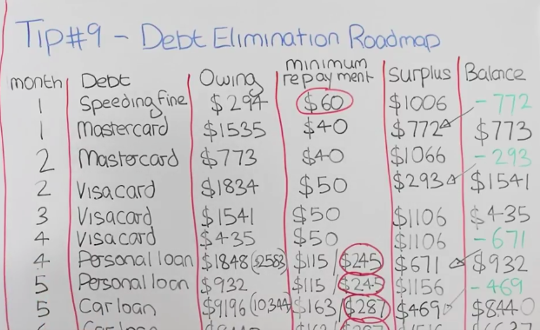 When you can see step by step how you are going to go from being in a lot of debt to debt free, it can be really exciting and really inspiring. So what I have got here is a road map that I have drawn on the board (which you can view in the video below as well), based on a case study that I was using in tutorial six: smallest debt first and tutorial seven: going interest only on your home loan. I have put all of their debt together and as best as I can I have put the process month on month how we are paying off each debt so you can see how it all occurs.

Now, the problem is I have run out of room on the board so you haven’t got the whole process there but by the end I have no doubt that you will have a real good idea of how this works. So I am going to get stuck right straight into it because there’s a lot to cover. I hope it makes a lot of sense, as I said this is one of the most rewarding parts of my job as a budget coach. 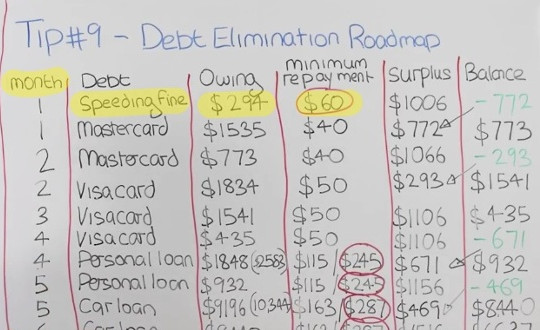 Ok, so starting over here in the left hand column we’ve got the month. So the month of each level we achieve in paying off each debt. Starting with the speeding fine, if you remember our client had a speeding fine, it was $294, he was paying $60 off a month. And that $60 is circled because that $60 is principal and that means that $60 does actually come off the $294 each month so it reduces that by $60 each month. 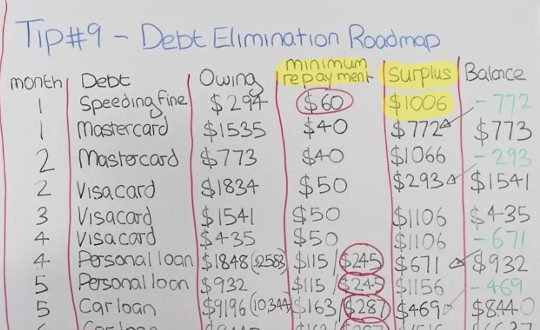 In this column here, what we’ve got is the surplus. If you remember in tutorial seven: going interest only on your home loan, we decided we were going to pay the absolute minimum on all our loans. Now, the client had been scattergun approaching – paying a little bit extra off of all of these loans at different times. We stopped that. We said we would pay just the minimum on all of the loans, except for one at a time. And by doing that, we freed up $1,006 dollars that we can then purposefully channel towards one debt and then the next debt and the next debt and the next debt. 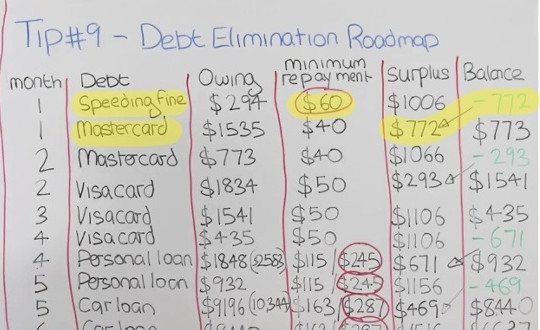 So you can see here the first debt we are starting with, the smallest debt first. We are going to put the $60 that he has to pay, plus the $1,006 which on a $294 loan. This obviously means that at the end of the day he’s got $772 extra up his sleeve once that debt has been paid off. So month one, speeding fine knocked off and we still have $772 to then focus on our MasterCard. 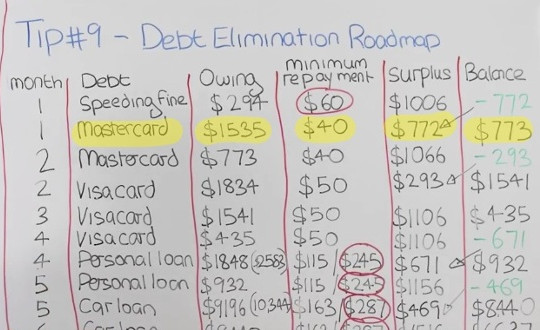 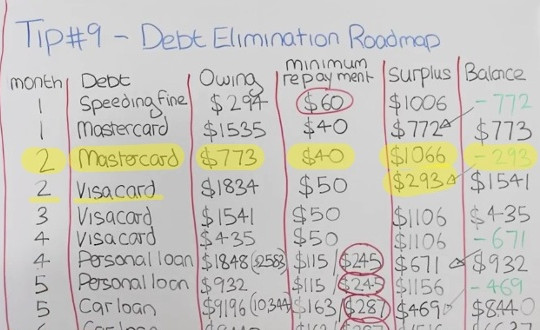 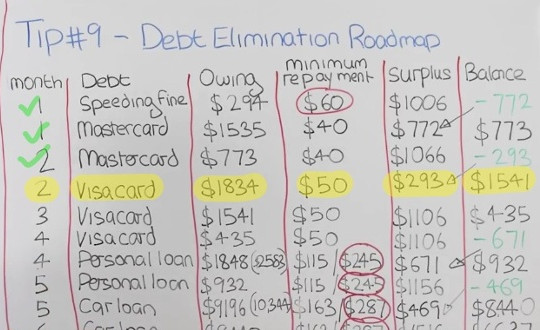 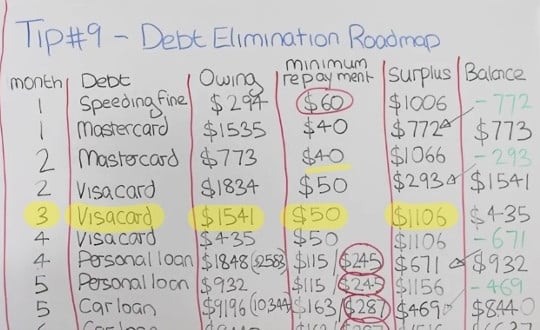 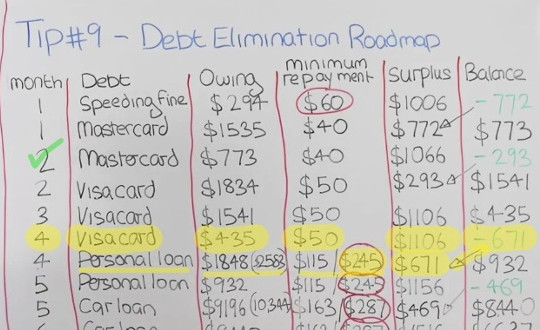 So, halfway through the month we have more. We paid off the MasterCard, we have more than enough in surplus – $671 still in our sleeves – which we can then throw towards our personal loan which is the fourth debt, the fourth smallest debt, at $1,848.

So we have $245 surplus this month, plus we have $671 from the previous month. We can see what’s happened here is that we have now brought the personal loan down to $932. This has all happened by month four. 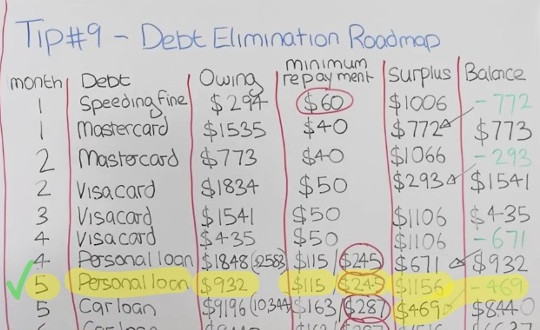 In month five we have the personal loan again. We have $932 owing and $115 of the $360 they have to pay as interest. It’s probably less than that now because we brought the loan down, but let’s keep it simple. $115 is interest and $245 is principal. Again, you can see here that our surplus has gone up because we no longer have the $50 we have been paying on the Visa card. We’ve got $1,156 surplus, so by halfway through the fifth month, we now have the personal loan paid off and we have $469. This means we can start throwing everything at our last lifestyle debt, which is the car loan.

This is really exciting, I do this all the time with people and they are just amazed at how quickly things can occur when they focus. I hope it makes sense. If you’ve got any questions, please don’t hesitate to contact us.