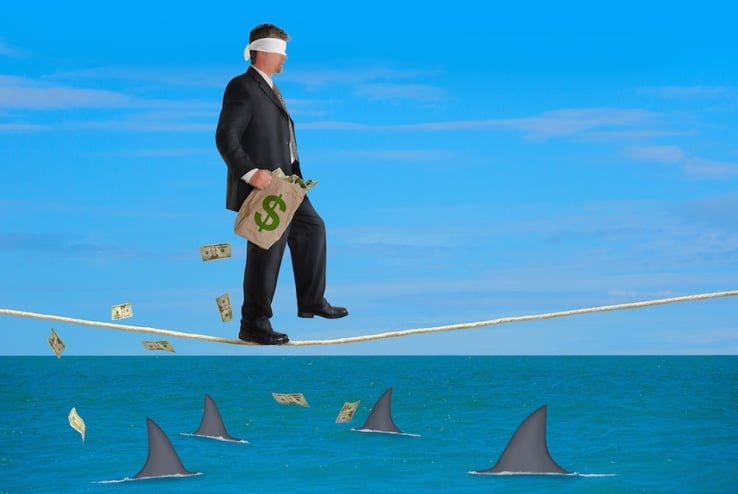 I’ll admit it, as a financial adviser and budget coach I do tend to manage my finances on the conservative side. I don’t mind taking risks but I take calculated risks. By calculated I mean that when faced with a major financial decision I objectively considered what could go wrong, what I would lose if things did go wrong and weigh this up against what I believe I have to gain.

It’s in my nature to be conservative. I have no doubt that I could ‘loosen up’ a little and take a few more risks. However, I also know that not too far along the risk/reward continuum, ‘calculated’ decision making gives way to ‘uncalculated/spontaneous’ decision making, closely followed by ‘irresponsible’ decision making.

Understanding Your Financial Position as A Basis For Decision Making

One of my core roles as a budget coach is to help my clients understand their current financial position so they can easily quantify the impact of a major financial decisions they are facing. It is a real privilege to help clients figure out, “How much can we afford to spend on a house?” or, “How do we  financially prepare  for starting a family?” Having a budget as a financial foundation for major life events such as, saving for retirement, can significantly reduces the stress and uncertainty.

However, over the past few years I have noticed and alarming increase in the willingness of people to make major financial decision based on nothing more than the naïve belief that ‘she’ll be right mate’. This is particularly scary when we are talking about the purchase of a house or starting a family.

Assumption of Being Able To Afford Taking On Debts

In the past two months at Grandma’s Jars, I have been referred a number of clients in need of personal budgeting help. Despite very good middle class incomes, they have found themselves in severe financial difficultly. This is simply because they assumed they could afford the debts they took on. A good budget would have told them immediately that they were stretching themselves too far.

One of these clients lost their home. However, to their credit, they are now working really hard to build their savings and pay off their remaining debt. Having a budget has allowed us to develop a plan to move forward and recover from their losses.

Another one of these clients has come to me with so much debt that they have, at times, had trouble finding money to buy food for their young family. Their household income is very good but their monthly debt repayments are taking over half of their pay each month. I am pleased to say that with a personal budget in place, these guys now have a road map that shows them exactly how and when they will be debt free. They are seriously motivated to achieve their financial goals to get things back on track and are doing a great job.

Sadly, the third pair of clients referred to me are beyond my ability to help. The reality is, they have committed themselves to $500 more per month than they earn. Like the previous clients, they took on debts on the assumption that they could afford the repayments. However, in this instance even with the most frugal of lifestyles the numbers just don’t add up.

A Realistic Budget as A Decision Making Tool

‘She’ll be right mate’ might seem like a great way to live life but the reality is that when it comes to financial matters, ‘she’ll be right’ is a recipe for disaster. Even if you don’t want to commit to living to a budget long-term, a realistic budget is a wonderful decision making tool. When approached with honesty, a realistic budget will show you exactly what capacity you have to take on more expenses without stretching yourself too far.