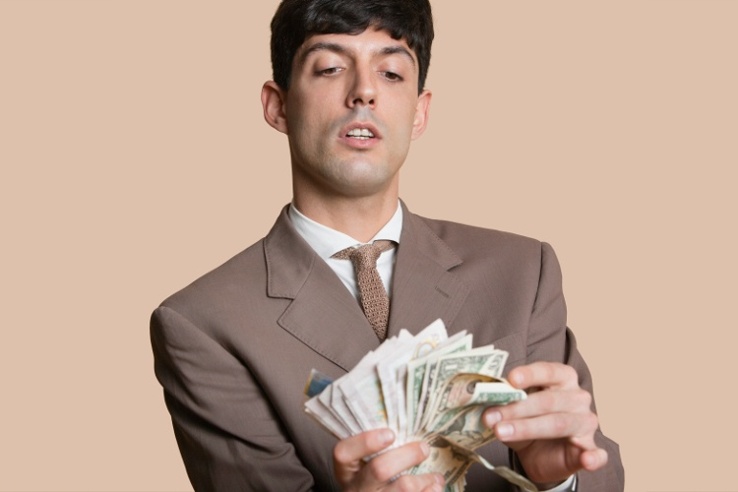 Every week, millions of Australians head to their local newsagents to buy their lottery tickets and scratchies with the hope of that life-transforming moment when they win it big. But what few people realise is that winning the Lotto is not all that it’s cracked up to be. In fact, far from being the life-changing moment you may dream it to be. Winning the Lotto harms more lives than it improves. In addition, easy access to debt is giving us the same “syndrome-like” symptoms.

How does this happen?

What is “Lotto Syndrome”?

Well, the answer is simple – it’s called the ‘Lotto Syndrome’, or if you are a psychologist, ‘Sudden Wealth Syndrome’. Lotto Syndrome manifests itself in a number of ways:

Simply put, things you had never ever considered buying or doing in the past suddenly become a ‘must have’ and with that comes an amazing ability to justify why this expense is so necessary. There is a simple reality to the fact that if you haven’t worked hard to earn it, you are unlikely to value it.

Lotto Syndrome isn’t just for Lotto winners; in fact, it is most commonly observed amongst people who have inherited large sums of money. As a financial adviser, I have sadly witnessed a number of multimillion dollar estates built and earned over decades of hard work squandered in a matter of a few years.

Despite what most people believe, the money is rarely squandered on luxury cars, extravagant holidays and palatial houses (though some of that does occur), but rather it is in the day to day decisions and justifications that the money disappears.

As I said earlier in this blog, options or expenses we would never have considered previously suddenly become a necessity.

Debt as an Option

Four weeks ago I came across Lotto Syndrome in the most unexpected place:

I was sitting with a young client who was just making her own way in the world. She had her first full-time job and the old $3,000 car she had been driving for a few years was on its last legs.  She had recently poured a whole heap of money into it and just wanted to get rid of it.

She was saving consistently but was desperate to buy something newer; she wanted something reliable and she needed it as soon as possible, so she wanted to talk to me about getting a car loan.

As I was talking this through with her it suddenly occurred to me that having debt as an option had changed the way she was thinking about the car; the urgency and the desire to have something more reliable (a.k.a. more expensive) had only come about because debt made it a possibility.

When we took debt off the table as an option, she was suddenly forced to consider alternate courses of action. Which she thankfully ended up doing. She sold her car, added a couple of thousand dollars from her savings and now has an awesome little car that meets all her needs without the debt.

In a world that offers us so many convenient ways to live beyond our means, we have to be very careful not to fall into the Lotto Syndrome.

How to Avoid the Trap

Whether you have received a windfall or are contemplating a purchase using debt, always stop and ask yourself – if I didn’t have this money, if didn’t have access to this debt, would this decision be any different?

Would this purchase even be an option? If not, why is it so important to me now?