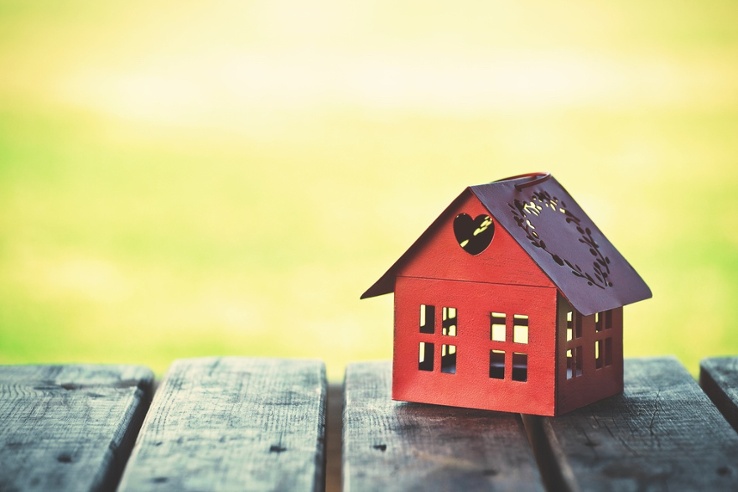 Hi guys, Phil McGilvray here from Grandma’s Jars. Thanks for joining us today. We are continuing with our ten part tutorial series – our Top 10 Tips for Paying Off Debt. Today we are looking at tutorial seven and we are looking at more specifically the strategy of going interest only on your home loan for a period of time. Now I know people don’t like going interest only on their home loan because it means not paying the loan down and obviously we want to pay our home off. That’s the great dream is to have our home and have it all paid off.

When Is It a Good Idea To Go Interest Only?

But what I am suggesting is, if you have high interest debt. Ie. credit cards, personal loan, interest free loans that are now past the interest free period, you are paying anywhere between 10% and 27% percent interest on those, whereas on your home loan you are only paying 4.5% interest. It does actually work and it’s a very powerful strategy for a period of time to go interest only on your home loan. Then, you can take those funds – those extra funds you were paying off your home loan and direct them towards accelerating the repayment of your high interest debt.

To explain how this works I am going to use the example that I had yesterday, which was a real life example from a client I had worked with just the night before – talking about how we were going to eliminate their debt and the process we went through. I am going to use the same example so hopefully it makes sense. Let’s jump straight into it now.

Steps to Determine Your Current Situation

If you remember, I have got one client to [complete the following steps]:

But you can see that overall $2,810 is what he was paying. And so on like the Mastercard he was paying $150 dollars, when he just needed to pay $40. On the Visa card he was paying $180, when he only needed to be making $50. He was making accelerated payments and I call this the scattergun approach. To try to pay off your debt, you try to pay a little off all of them at once but nothing comes down very quickly and typically this sort of strategy doesn’t work really well. In fact, it hardly ever works.

Being Purposeful With Funds

What we did was say, “Ok, we are going to pay the absolute minimum on all of your loans.” And by paying the minimum, it brought his monthly repayments down from $2,810 to $2,327. It freed up $483 dollars that he didn’t have available previously that we can then be more purposeful with. And that’s the whole thing about debt repayment strategy is taking what funds we have and being more purposeful with them.

So what we did in this instance is we freed up $483 which allowed us to say, right, month number one we are going to target this speeding fine we’ve got here – $294. We’re going to throw the $483 at that, plus the minimum that is required, the $60, which allowed us to put $543 towards a $294 debt. So obviously, halfway through that month, we paid that first debt off and we also then paid an extra couple of hundred dollars off the Mastercard. And that process of being out to eliminate one debt quickly and then the next quickly builds confidence and self belief and gives us a momentum we need to succeed in paying off debt.

Going Interest Only On The Home Loan

What I want to propose today is to take it one step further. Instead of just paying the minimum down here – you see his minimum for his home loan was $1,443 – so there was a component of that that was still principal that is paying off his home loan and a large component was his interest. Now, in this instance what I am suggesting is that we reduce this, we stop paying down the principal on the home loan, and we just go interest only for a period. This means that the minimum repayment now goes down to $911. Now, I know it hurts not paying down the home loan, but as I said before, it’s silly paying down a debt that is 4.5% when over here we’ve got debts at 17, 18, 19, 27%. What I am suggesting is that we pay $911 interest on his home loan and that reduces his overall debt repayment as a minimum to $1,804. So initially we were paying $2,810 and then we reduced it to $2,327. By going interest only on his home loan, we have reduced it to $1,804. So there is a $1,006 difference here.

Now what that will do is, we take that $1,006 and we throw that at our first debt. You can see again, that in month one we will have the speeding fine knocked off but we will also have half of the Mastercard payments off. So, come month two we will be able to completely knock off the Mastercard and have half of, or a good chunk of, the Visa card paid off. Now that extra $500 is accelerating that process significantly.

When I spoke to this client and did this original plan for him, he was so excited that we were going to be able to pay off all of his debt inside eighteen months because he had been struggling with it for two or three years. He had been trying to pay it off with this scattergun approach but just kept sliding backwards and he was just not seeing the progress and it was really frustrating. But when I showed him this drawn up, this very specific month-by-month plan, he looked at it and said, “Wow, this is doable, we can pay this off in eighteen months.”

But when I took that a step further and said, “Well, actually if we go interest only on your home loan”, which he was a bit hesitant to do at first which I perfectly understand – but when I said to him, “look if we can free up this extra $300 dollars, we will have these first five loans, these lifestyle loans, paid off within thirteen months instead of eighteen months.” So we were five months ahead of that original schedule. And the good thing about that is that we’ve got those paid. All that high interest debt and high interest payments, we’ve now got all the funds of $1,006 plus these minimum repayments here, so we are looking at really the best part of $2000. Once these five debts are gone we have about $2,000 we can then start throwing at his home loan and that was going to make his home loan come down even faster than the original example.

The Benefit of Going Interest Only On Home Loan

Even though in the short term it doesn’t seem to make sense that we’re reducing the home loan payments so that we’re not really making any progress on that at all. But if it means we can accelerate getting rid of this high interest debt, it will actually make your home loan, paying that process off, even faster. Mathematically I can guarantee that it works. As I said before, paying off home loans and interest free loans and high interest debts – sorry – isn’t mathematical. If we can get rid of these smaller debts first, which is a big thing, then paying off your home loan becomes really easy. I really encourage you that it makes sense, it works.

Who This Strategy Is For

However, if you haven’t got a budget in place, if you haven’t dealt with the behaviours that caused you to be in debt in the first place, don’t do this. Because the last thing you want to do is go interest only on your home loan and the find you are spending an extra five hundred dollars and squandering it. What we really need to do when we go interest free on our home loan, is make sure that all the money is purposefully put towards the high interest debt, and as soon as the high interest debt is gone we start channeling it towards the home loan.

It works. Obviously with my clients, we use it all the time but they have the benefit of having the accountability that we offer them, so they are never at risk of just spending it. But hopefully it works for you. It is a powerful strategy but it’s not for everyone.

As always, if you got any questions or comments we would love to hear from you, please contact us through the contact page.