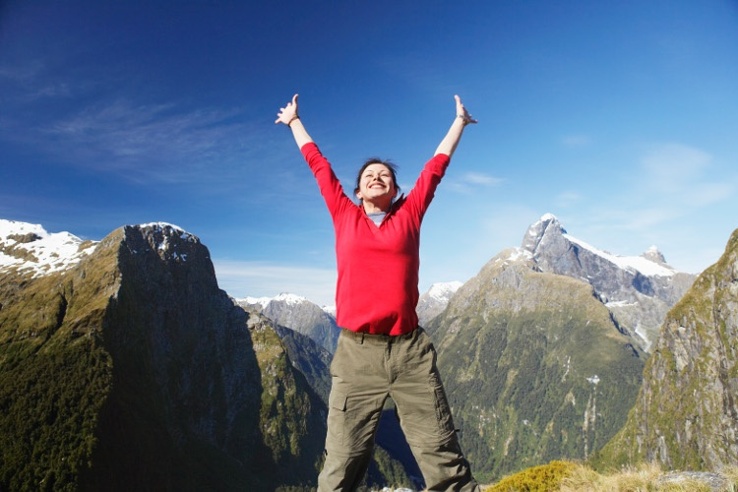 When it comes to paying off credit cards or your lifestyle debt, belief is an important ingredient for success. Without belief, it is very hard to persevere. If you like most people you have struggled with your credit cards for many years it is likely that your confidence and self-belief have taken a hit.

As a budget coach I have found that the most powerful way to build belief is to have a written plan outlining the practical steps you need to take to succeed.

In July last year I was contacted by Rebecca, a switched on young lady living in New York. Despite earning a reasonable income as teacher, she had been struggling with her finances ever since moving out 8 years earlier.

Rebecca described how she was living from pay day to pay day and getting by with the help of a couple of credit cards that she had been trying to pay off for what seem like ‘forever’.

As we got more into her story Rebecca shared how her family had never really thrived financially. While her parents were beautiful people and wonderful providers, they had never believed that home ownership was attainable. As a result, they have rented all their life and never really had more than a few thousand dollars in savings.

Rebecca contacted me because she had always dreamed bigger dreams – she wanted to be purposeful with her money, to save consistently and to ultimately own her own apartment – yet here she was stuck in her own financial rut and starting to lose hope that life could ever be different.

A Simple Yet Proven Plan

So when I sat down with Rebecca my first priority was to share with her the simple yet effective plan I take every single one of my coaching clients through so that she could see the practical steps we would take:

This is the same simple plan that I use with every coaching clients so let’s look at how this applied to Rebecca:

The first task I set Rebecca was to thoroughly identify her income and expenses; I gave her specific homework tasks to do to help her gain this information.

Step #2 – Establish a budget to identify a sustainable monthly surplus

The second step was to enter this information into the budgeting software that categorised her expenses and converted them to a monthly figure so that Rebecca could for the first time make a direct comparison between her income and her expenses.

Rebecca initially had a small monthly surplus of about $100, but with a few tweaks to her spending she managed to get that surplus to just over $700/month.

Once we had identified this surplus I was able to show Rebecca how she could purposefully use that surplus to consistently save, break free of the pay cheque cycle and pay off her credit card debt once and for all.

Assuming Rebecca continued to record her expenses daily on her mobile and stuck to the realistic spending boundaries she had given herself, she would start moving forward by $700/month.

Bank Account must equal what your Budget says you need (August, September, October)

The first step for Rebecca was to use her $700 monthly surplus to build the balance in her Central working account.

Thanks to her budget Rebecca was putting aside 1/12th of all her future expenses each month but that would not be enough to cover all her expenses initially.  She had some annual bills coming and she was going to be about $1,950 short – so the first three months’ surplus would go to covering this initial shortfall. Once these initial bills were covered Rebecca knew that putting aside 1/12th from here on would be sufficient to cover her future expenses.

The second step was to build a $2,000 rainy day fund to cover the unexpected expenses she simply could not anticipate or budget for.

Then the third and most exciting step would be to pay off the credit cards with balances of $2,200 and $4,300.

Rebecca would focus her surplus on the smallest debt first which would be paid off at the end of April and the larger credit card debt would be gone by the end of October.

Once we had this plan written out Rebecca was able to visualise how it was going to happen, all she needed to do focus on was recording her expenses and sticking to her spending boundaries!

It was at this point that Rebecca started to believe!

What Happened in Reality

Time has a habit of flicking past so quickly, it is now 10 months since I first met Rebecca and it has been an absolute joy to see her working the plan. It hasn’t all gone smoothly; there have been a couple of months where she has overspent and $700 didn’t quite eventuate, but the excellent thing about living to a budget is that any extra money that comes your way is purely surplus!

By October Rebecca had built sufficient funds in her Central working account to back up her budget, and by January she had her rainy-day fund in place.

In March this year Rebecca received some back pay and was able to pay out her first credit card a month early. This was a hugely significant event for Rebecca has she had struggled with this card for 8 years.

And right now it is May and the end is in sight; thanks to small tax return in April the balance owing on Rebecca’s final credit card is just under $2,000. Assuming everything goes to plan, this card will be paid off in July, three months ahead of schedule!

The next steps for Rebecca are to build her rainy-day fund to a more substantial cash reserve of $5,000 and then a trip to India with her sister in December!

Rebecca had spent so many years struggling to get on top of her finances and understandably she had begun to wonder if she could ever break free from the financial hole she found herself in.

The key to taking control of your finances and paying off debt is to develop a written plan that spells out the practical steps you need to take to succeed. When you can see in bite sized chunks what you need to do, what once seemed impossible suddenly becomes very do-able. You start to believe and with belief comes the ability to persevere.

You can pay off your credit card, take the time to develop a plan and then make it happen!