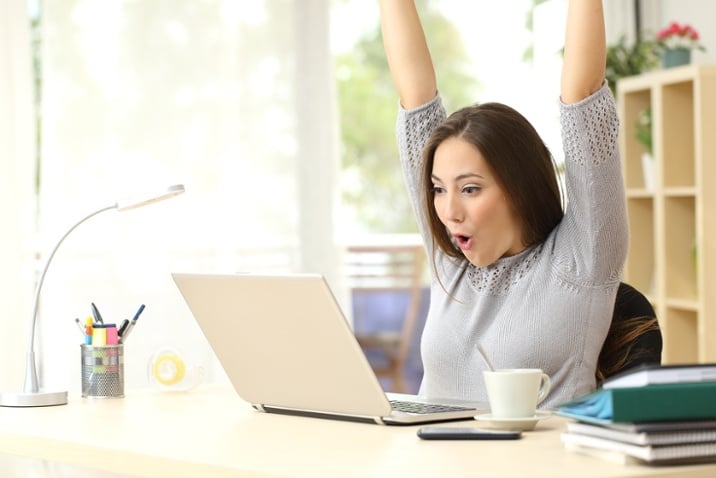 Hi guys, Phil McGilvray here from Grandma’s Jars. Thank you for joining us. This is tutorial eight of our ten part tutorial series, ‘Top 10 Tips for Paying off of Debt‘. We are taking fifteen years of experience of helping people pay off debt and take control of their finances and putting them into this ten part series.

I hope you have been enjoying it so far. In the last two tutorials, we have looked at strategy and the real method we use to help people with debt elimination plans. [This includes Video 6: Smallest Debt First and Video 7: Going Interest Only On Your Home Loan]

Today I’m doing something slightly different. I want to talk about your attitude. Your attitude towards paying off debt. Because if you are only half-hearted about the debt elimination process, then you are probably not getting the results you are after. The people who succeed the most towards becoming debt free are the ones who are really deliberate and purposeful in what they do. They take control, they take those actions which are required to succeed.

Being Deliberate and Purposeful To Accelerate Debt Elimination

I have called this session “Get Some Grunt” because you want to be deliberate and you want to be purposeful. Paying off debt isn’t that hard when you apply the right strategy but you need to mean it, you need to really want it to happen. And there are three things I want to suggest today that can help you accelerate that [debt elimination] process. So if you really serious about getting rid of your debt rather than just being, “Ya, well, sounds nice”. Instead of saying what you want to do, you need to take action, you really need to make something happen because actions always speak louder than words.

What I suggest you do is first, sell stuff. If you’ve got stuff you can use to pay off debt, then do it. No doubt you got things lying around at home that might not mean a whole lot to you but someone else is willing to buy it. And with eBay and Gumtree and a whole number of other classifieds out there, it is not hard to sell things. So again, get purposeful about it and think, “Ok, let’s find all the things we can sell”. Little amounts of money make a big difference and the reason I’ve got the same board set up as I did yesterday is to remind you that small amounts of money can make a big difference.

If you remember from our example from the previous two sessions, we’ve looked at our clients scenario and looked at the moment he is paying $2,810 off his debts each month. If we look at paying the minimum on these debts, we can actually get that down to $1,804, as a minimum of what he’s got to pay off his debts without incurring any interest. This frees up $1,006 for us to get purposeful about paying off one debt at a time. In this scenario that means we freed up $1,000 which meant in one month we were able to pay off his speeding fine, which was $294, we were able to pay off half of his Mastercard. And in the following month, actually in the next three months, he will be able to pay off his speeding fine, his Mastercard, and his Visa card – just by being purposeful with the way we use the money. Now, just by finding that extra $1,000 –  we were already paying off debts – but because we were using a scattergun approach we weren’t being effective.

But what I want to say is that if we could find another $500, another $1,000 – it will accelerate this process of paying off these debts. So if you can sell some stuff there’s really not a lot of effort required. You can take a couple of month’s step forward, which is going to mean you are in a much better position down the track. People underestimate the power of finding just a few extra hundred dollars and they don’t even bother doing it. But if you are really serious, do everything you can do to get out of debt. And if that means selling the old Nintendo or Playstation for a couple hundred bucks on eBay, do it! Because it will make a big difference.

2: Use Money From Your Budget’s Discretionary Spending

The other thing I would suggest you look to do is look at your budget (you should have a budget) to see at your discretionary categories in your budget, to see if there are things like your grooming or your sports and hobbies that you can do without for a couple of months. Just say, “Look, I’m dead serious about getting out of debt, so if I can do without some clothes or cosmetics or getting my hair cut for a month or two, maybe I should do that – take those funds and pay them off my debt.” Because as you can see, $294 will deal with that first debt. $500 dollars will be a third of one of these other payments, so you are putting yourself further down the track. So, sell some stuff, see if you can do without something for a couple of months, again if you are serious about it, these are the things you are willing to do.

And the third thing I would recommend you think about is, can you find some extra work? Can you do something that is going to allow you to pay off your debt faster? Like an evening job for a while, or stacking shelves for an evening, doing some consulting or doing some freelancing. There’s so many ways to make money these days. I know it takes time away from your family. People complain, “oh I will not have enough time for my family.” But I can tell you, working hard to get that debt paid off now will free up time down the track, if you can really just focus on getting rid of this debt.

And in the case of this client [example], it was really only a commitment of 12-18 months and all of the sudden all this lifestyle debt was gone. It’s the same with taking on a part time job. “Can I take on a part time job? Can I raise another few hundred dollars a month?” Because all of the sudden, I am going to make progress and all this debt is going to be gone. I’m going to be a much better person for it. My relationship is going to be that much stronger for it. I’m going to be far more present for my kids, without this debt overhanging me.

So I really encourage you to try to get the right attitude. If you want to get out of debt, get serious about it. Do what it takes. Raise some extra funds, and accelerate the process because you’d be surprised that with that commitment of just selling things, doing without things, doing a bit of extra work for twelve months or whatever short period it might be, is worth the outcome if you can get yourself debt free.

I hope that made sense. I hope that you are encouraged. I have just seen this work so many times with clients. That’s why I popped it in here. Tomorrow we’re getting in really back on the strategy side of things and we’re looking at a month by month Debt Repayment Strategy, which was building on tutorial nine. Stick with it. Stay focused. Gt a bit of grunt behind you and you will see how far you can go.