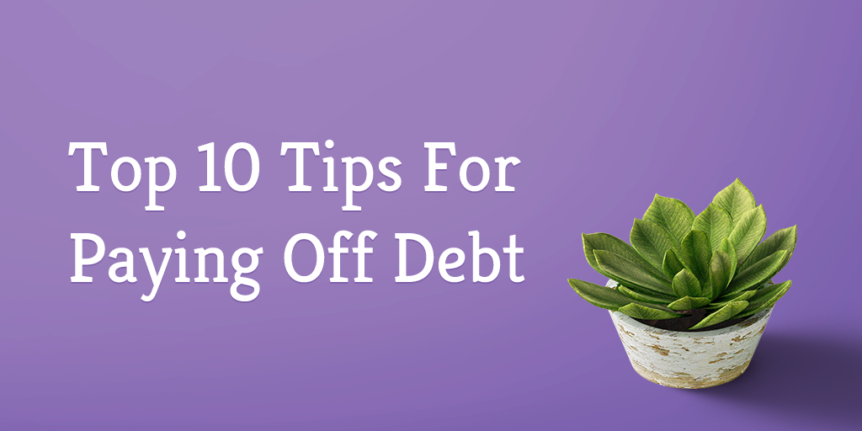 Hi guys, Phil McGilvray here from Grandma’s Jars. Thank you for joining us. Today we continue on with our series “Our Top Ten Tips For Paying Off Debt”. The topic of today’s tutorial is debt consolidation. This is tutorial 5.

Debt consolidations is a really contentious issue, something that I do talk to my clients about a lot. It’s really important that if you are considering debt consolidation that you are doing it for the right reasons and that you are prepared for it. Very often we see people consolidate debt who have come to see us six months later and they are in exactly the same situation because they haven’t addressed the habits and behaviours that caused them to be in debt in the first place.

Just last week I had a new couple come see me. They had a property. The property had gone up in value by about 60 000 dollars – which sounds fantastic – over the last couple of years. But in the same two years they racked up about 55 000 dollars in debt. They were asking me “should we consolidate our debt?”

Unfortunately there is no easy answers to that. My frist response was how on earth did you rack up 60 000 dollars in credit card debt? what are the factors for that? and have we addressed the factors first? They were not living to a budget, they didn’t have any boundaries around their spending – so it just happened. I am always a bit frightened when it “just happens”. So yes, debt consolidation seems like the obvious thing for them to take their credit card debt of 18% and put it into a home loan that’s only 4.5% – that makes complete sense and for them it would have freed up 800 dollars a month.

When to Consolidate Debt

[Debt consolidation] makes sense. But as I said to them, you mustn’t do it until:

What I want to go though today, is first take you through what is debt consolidation. For those of you who haven’t been through the process before – it’s useful to explain it. Then I want to discuss why debt consolidation is good. Finally, we’ll look at when you should do it.

What is Debt Consolidation

So let’s just start here with my beautiful picture of a house. So what people will sometimes do is, let’s just say they have 50 000 dollars in loans – car loans, credit card debt, personal loans – which on average was costing them anything between 10 and 80%. They would take 50 000 dollars out of their home, some of the equity they’ve got and pay off the car loan, credit card debt and personal loan. So, those wouldn’t exist anymore. But their home loan has gone from 250 000 to a 300 000 dollars. So that’s in essence what debt consolidation is, by taking it from these loans where they might be paying 9% on a car loan, 18% on credit cards, and 40% on a personal loan, they now have a line in the mortgage that is only 4.5% spread over 30 years so the repayments overall come down significantly. That can really work as long as, as I have said before, you have done something about it what causes you to have this much debt in the first place.

Consolidation Loans (Beyond the Home Loan)

Not everyone has a home loan and the banks these days do offer what’s called consolidation loans. They are like an unsecured personal loan at 8 or 9%, where they will allow you to take a whole heap of these sorts of lifestyle debts and put them into one loan at a lower rate. That can work too but beware though. The banks aren’t silly and they certainly don’t do these things out of the kindness of the heart. They typically know that once they get people in the situation where their debt is consolidated, they become a bit more relaxed, the initial anxiety goes away and they fall back into old habits, and rack up a whole lot more debt, which obviously suits the banks. Now, I know that sounds a bit harsh. But the reality is that the banks do it to make money and they know the habits and behaviours of us consumers. So, you can consolidate here into your home and then the banks do offer debt consolidation loans but they do look at your ability to pay it back and so on.

Why We Consolidate Debt: Reduce Number of Loans

Now, the next thing is why do we consolidate. I have already mentioned it a couple of times but there’s two main reasons. The first one is to reduce the number of loans.

I had a lady I met with just this morning that has six or seven different loans – credit cards, interest free loans, personal loans, car loans, and so on. Even though they mathematically could afford to pay off the bills, her and her husband were really struggling just with balancing it all out. With all the income coming in and all the requirements of the different bills, she was really struggling just to stay on top of it all.

Now in their circumstance they had equity in their home and it made sense for them to consolidate all those debts into one, because they have dealt with some of the habits and behaviours of course. And for them, it’s going to free up a significant amount of money every month. This is money that they can then put towards paying down that one home loan or building up a cash reserve or whatever that might be for them, but it free’d up a huge amount of cash.

So having that one loan made a big big difference to them and they could manage it. As we said before, interest rates is a really big one. On some of these interest free loans, once you reach the end of the interest free period, you are paying 27-29% on them, on credit cards, 18-19%, car loans are typically 19%, and your personal loans can be around 15% . So, it makes sense to move to a 4% interest rate which is a third or even a quarter. So your repayments become a lot less and all of the sudden it frees up money in your budget so that you can pay down your home loan faster or build your cash reserve. So there are the two main reasons you should look at debt consolidation.

When To Consolidate Debt

The last thing is, when should we do it? As I said before, only when you have a budget in place and it’s a working budget. It’s no good to say “we sat down, we identified our expenses, let’s do it.” Because my experience is a working budget takes a few good months for you to really work through, “how much do we really have? what expense have we forgotten in that process?” Once you get this budget going and you understand what your cash flow is and where your funds are going then you can consider debt consolidation, but not beforehand.

As we said just then too, flowing on from that, you need to address the habits and behaviours of what caused you to be in debt in the first place. Was it as simple as eating out too much or the bought coffees everyday. There’s a whole lot of reasons why people spend more than they earn. Obviously going back to the budget we know which amount, to the dollar, that what we have to spare.

But sometimes a change in little habits and behaviours that allow us to live within our means can make a huge difference. So you need to do that. And the last and the obvious reason is if the banks will allow you to consolidate. Regulations are getting a lot stricter, banks are having to tighten the way they lend to people. So they will take you through a process of figuring out whether “can you afford it or can’t you?” Now that process is a lot less rigid than the one I would take someone through, but they still have a process.

So if the banks will allow you to do it, if you have a budget in place, and if you have addressed the habits and behaviours, typically it’s not a bad idea. But as I said, certainly, if you haven’t done these things, please don’t consider it. Do these things first so you actually know that you are doing a good thing by yourself.

I hope that makes sense. In tutorial 3 we covered budgeting, in tutorial 2 we looked at the habits and behaviours so go have a look at those tutorials. There’s a lot of information on our website regarding budgeting. As always, if you have any questions, please don’t hesitate to contact us on our contact page.